What is the Endocannabinoid System?

The first discovery of a cannabinoid receptor was in 1988, in the brain of a rat. Science uncovered the fact that virtually every living animal possesses an ECS, including mammals, reptiles, birds, fish, and more.

The human ECS was discovered in 1992 by Dr. Raphael Mechoulam and his team in Israel. Despite almost 30 years of scientific inquiry, the ECS is unfortunately absent from clinical schooling and is therefore poorly understood by many. However, change seems inevitable with the recent legalization of hemp cultivation and hemp-based CBD products.

The ECS is widely distributed throughout the entirety of human physiology and is comprised of three main parts. These are:

Cannabinoid receptors, found on the surface of your cells, are widespread throughout the body and listen to the environment around each cell. They transmit information on current conditions to the cell and thereby jump-start the proper cellular response. Properly functioning cannabinoid receptors have the crucial function of creating homeostasis in your body's cells, which keeps you healthy and keep your body and mind operating effectively. 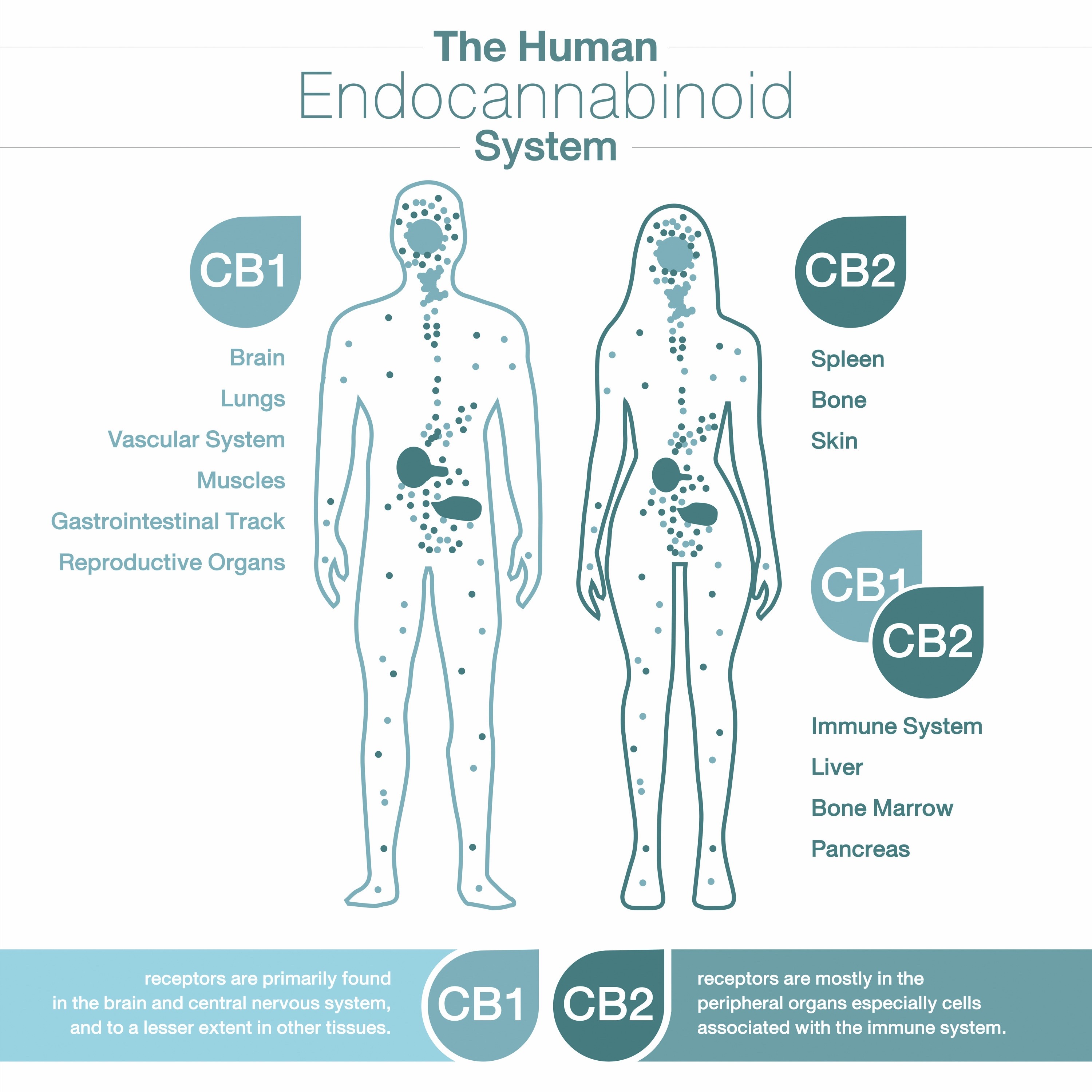 It may come as a surprise that your endocannabinoid system is already creating cannabinoids within your body that very closely resemble the cannabinoids that naturally occur in hemp. Endocannabinoids like anandamide and 2-AG are made when the body senses an imbalance; these molecules are created on-demand to target issues inside your cells that need fixing specifically.

Cannabinoids, found in hemp (phytocannabinoids), such as CBD, may influence a wide array of bodily functions. These phytocannabinoids interact with the cannabinoid receptors and enhance their activity - while at the same time boosting levels of endocannabinoids.

For example, CBD works with the cannabinoid receptors by inhibiting FAAH (Fatty Acid Amide Hydrolase), an enzyme that breaks down the naturally produced endocannabinoid anandamide. Anandamide is responsible for fleeting feelings of bliss and joy (an example would be runner's high). FAAH breaks down anandamide, so you're not spaced on a perpetual bliss high (too bad). CBD inhibits FAAH, leading to increased levels of anandamide. 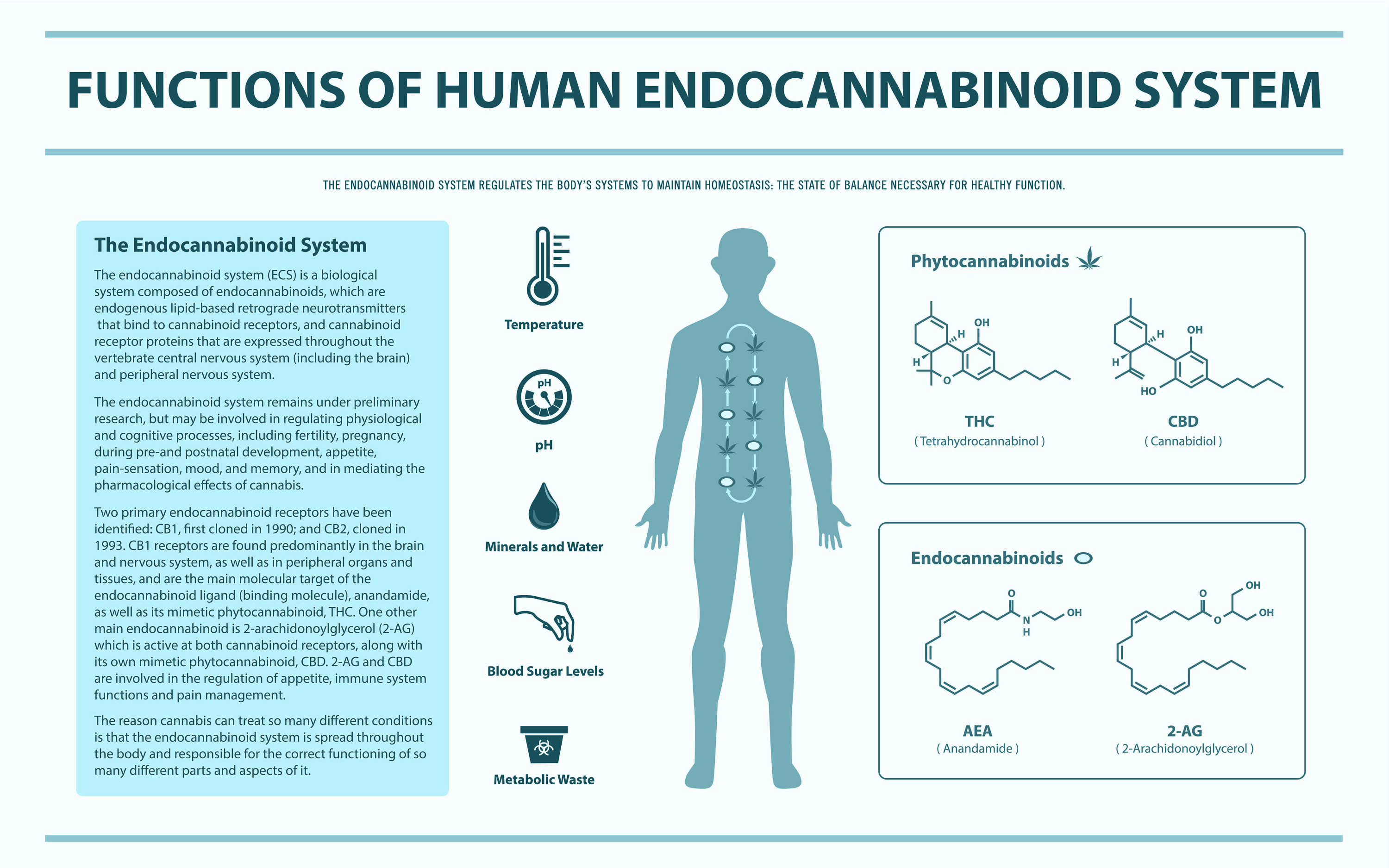 Anandamide is involved in regulating:

There is no physiological process in the body unaffected by CBD and other cannabinoids. It’s exciting to look at how far-reaching the effects truly are and consider what further research may uncover regarding these potent plant molecules!

Cannabis (and cannabinoids) are certainly not the only ways to stimulate the functioning of the ECS, however. Essential fatty acids, cacao, herbs, spices, and teas either have building blocks of endocannabinoids or contain compounds that bind to our cannabinoid receptors and impart a beneficial effect.