How the 2018 Farm Bill Will Change The Hemp Industry Forever

How the 2018 Farm Bill Will Change The Hemp Industry Forever

Additionally, there are many health benefits related to using hemp. Hemp seeds are a natural source of protein and fiber that help with digestion. Furthermore, they contain essential fatty acids, healthful fats, minerals, and vitamin E. The seeds include omega-3 and omega-6 fatty acids that are considered to boost skin conditions. Arginine, an amino acid, also gamma-linolenic acid (GLA), a kind of omega-6 fatty acid, which might lower the chance of heart disease can also be present in the seeds.

Hemp can likewise be used to manufacture cannabidiol, aka CBD. In a process like creating corn oil out of corn, CBD is extracted from plants. CBD is a non-psychoactive compound derived from hemp plants or bud plants. It's considered to have many potential health advantages. For instance, CBD may reduce chronic inflammation, pain, and anxiety.

Additionally, hemp can offer cost-effective alternatives to traditional products. For example, hemp is being used instead of concrete for construction. It is called "Hempcrete" and it is like concrete but more environmentally friendly and non-toxic.

But, if hemp is so great, why haven't we been using it this whole time?

The hemp in our society began as far back as the 1600's. In those times, hemp was a normal part of agriculture. It was used to make clothing, sails, and rope. In Pennsylvania, Virginia, and Maryland hemp was often used as a legal exchange. The Virginia Assembly, in 1619, actually made a law requiring every farmer to grow hemp. How different from today!

Since seeds had become a controlled substance, they also could not cross state lines. Some states certified seeds with low THC content in an effort to aid growers. There was also the problem of decriminalization and legalization. Growers were at risk because hemp was characterized as a narcotic. In some states, registration with the DEA may have been mandatory while in other states an affirmative defense for registered growers was the only option. 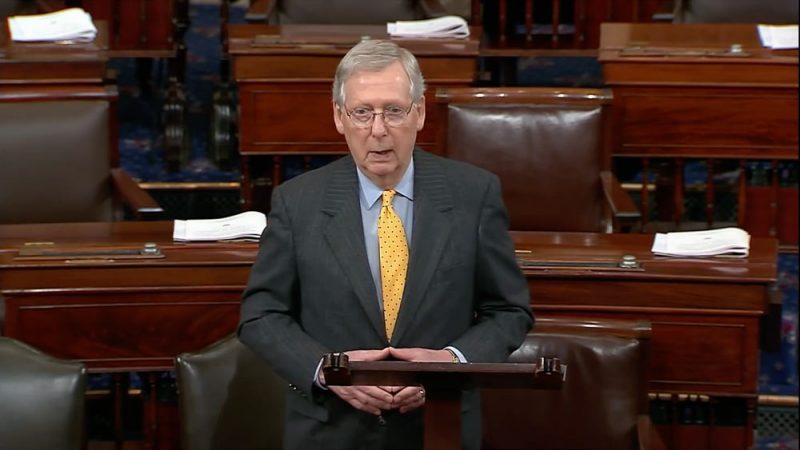 It addresses many of the issues identified in the trial that were in similar sections of the 2014 Farm Bill. ANANDA was one of the founding members of the U.S. Hemp Roundtable and provided leadership and support as this bill worked its way through the Senate and House. Their technical expertise and leadership were essential in the success of this bill. 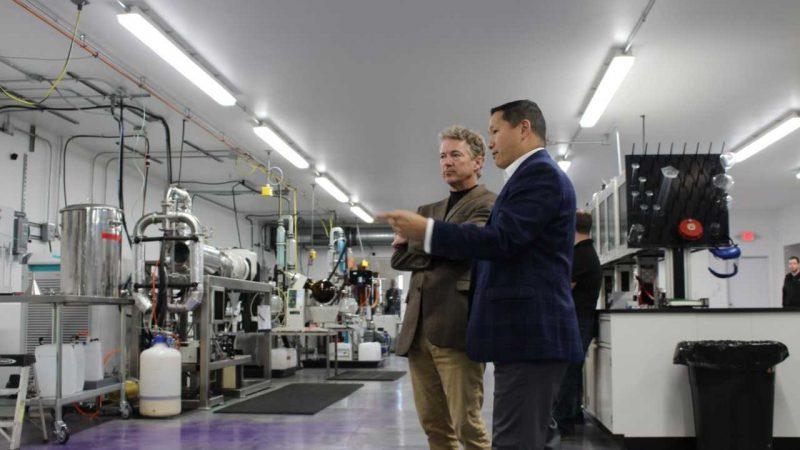 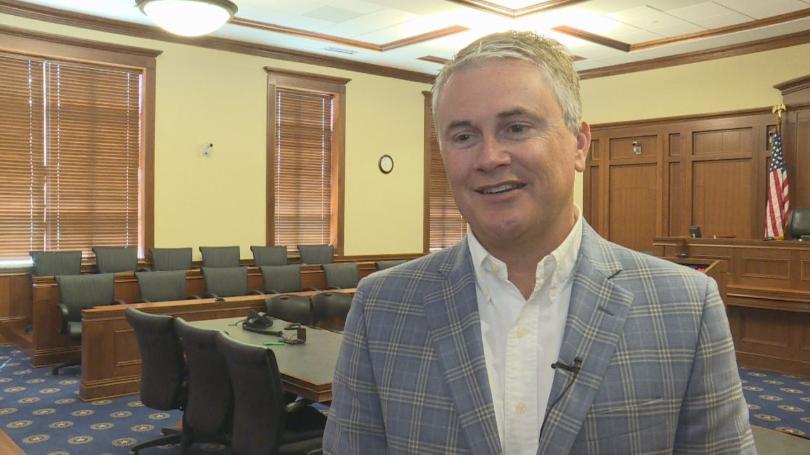 Now, the 2018 Farm Bill legalizes industrial hemp production nationwide, and a new industry will be born. It licenses hemp growing for commercial use and authorizes research by universities or state agencies which can certify farms to grow for that intent. Additionally, it authorizes legitimate hemp cultivation and makes hemp an agricultural product eligible for protections, such as crop insurance, from the federal level. 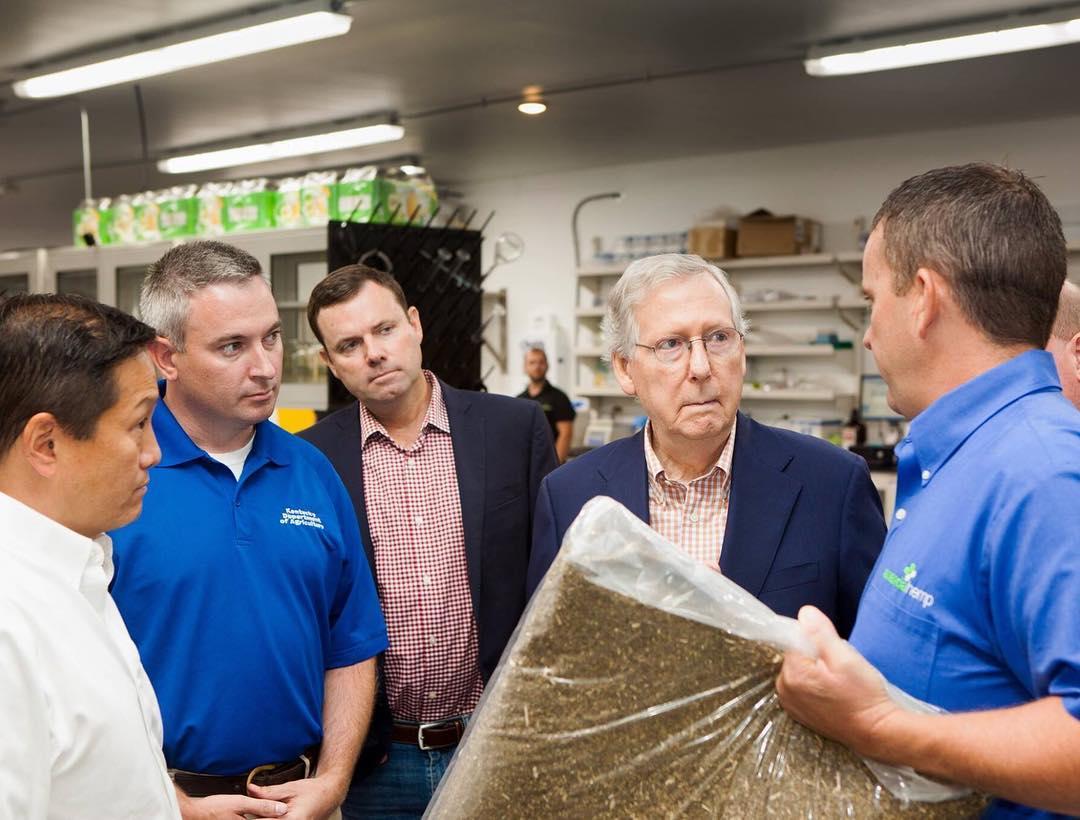 ANANDA CEO, Eric Wang and hemp farmer, Brian Furnish showing hemp material to Senator Mitch McConnell at the ANANDA hemp processing facility. We can't thank him enough for all his support in taking the steps to #legalize hemp.

The Farm Bill gets updated and passed about every four years to set the nation's policies for food and farming. This year's version of the Farm Bill reportedly cost $867 billion and just passed the Senate and the House with overwhelming support. The Senate voted 87 to 13 in favor on December 11, 2018 and the House voted 386 to 47 in favor the following day. Now, the 2018 Farm Bill has moved onto the White House and is waiting for President Trump to sign it before it is officially a law in January 2019.

What Does the 2018 Farm Bill Do in Practical Terms?

With the help of ANANDA, the U.S. Hemp Roundtable, Congress members, and many others – the 2018 Farm Bill is all but signed and the hemp industry is set to explode. This is exciting news, but it is important to remember there is still work to do in terms of implementing these regulations.

A Story of Possibility: Barry Lambert

Our mission, from the beginning, was simple. Here at Ananda Hemp, family has always been important to us. Our company was created as an answer to a very complicated problem.
Read more

“We believe you deserve to know exactly what’s in your supplements—and what’s not. At Ananda Hemp, every ingredient and finished product is tested by third party, ISO certified laboratories to ensure Quality, Purity, and Potency.”